What Nature Does for our Bodies and Minds 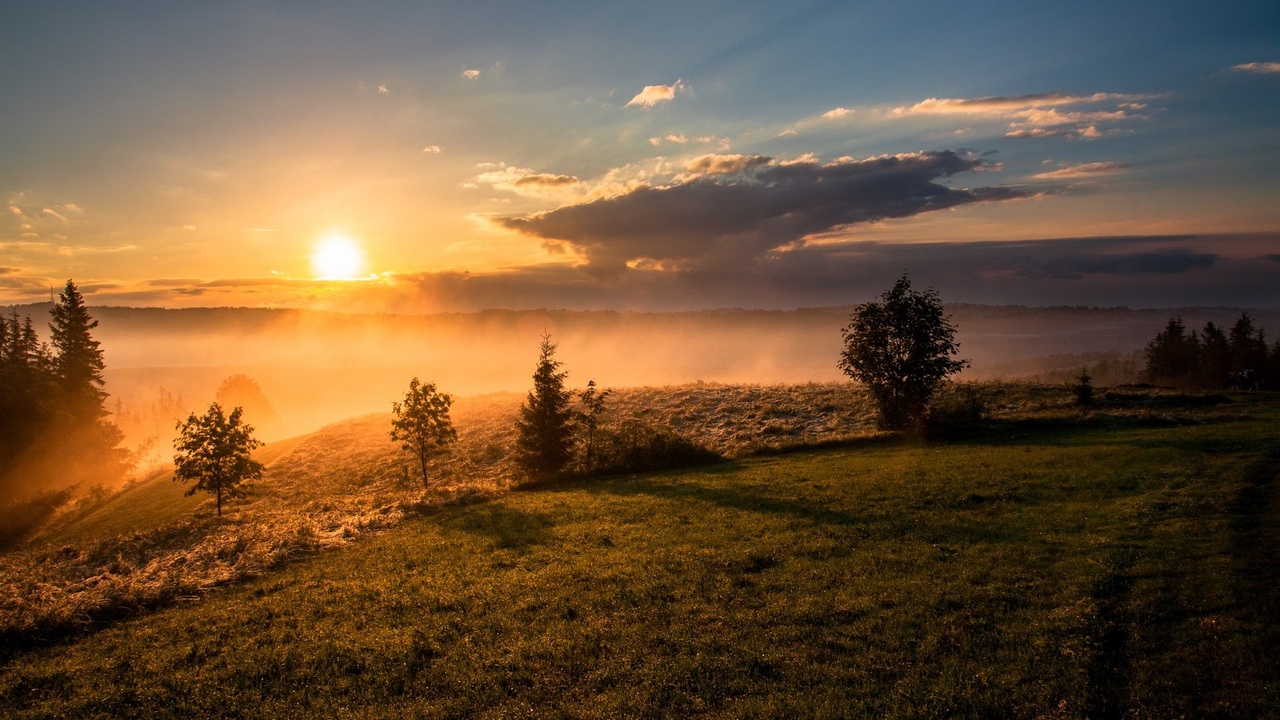 We seek out nature for many reasons – for recreation, quiet and solitude, exercise, nature views, and plenty more. But did you know that nature has measurable positive effects on our physiological and psychological wellbeing?

You may have noticed that spending time in the outdoors leaves you feeling refreshed with an improved mood. You might even find yourself seeking out nature during times when you are stressed, upset, or feeling under the weather.

The biophilia hypothesis is the idea that humans have an innate tendency to seek connections and associate with nature. The term biophilia literally translates to “love of life.” American biologist Edward O. Wilson proposed in his work Biophilia (1984) that the tendency for humans seek out life and lifelike processes is biologically ingrained.

Throughout the course of our evolution, the natural environment has been conducive to our survival and enhanced our physical, emotional, and intellectual fitness. We depended (and still do to some extent!) on nature for everything from food to shelter. So doesn’t it make sense that we find ourselves turning to nature in order to recharge and improve our wellbeing? 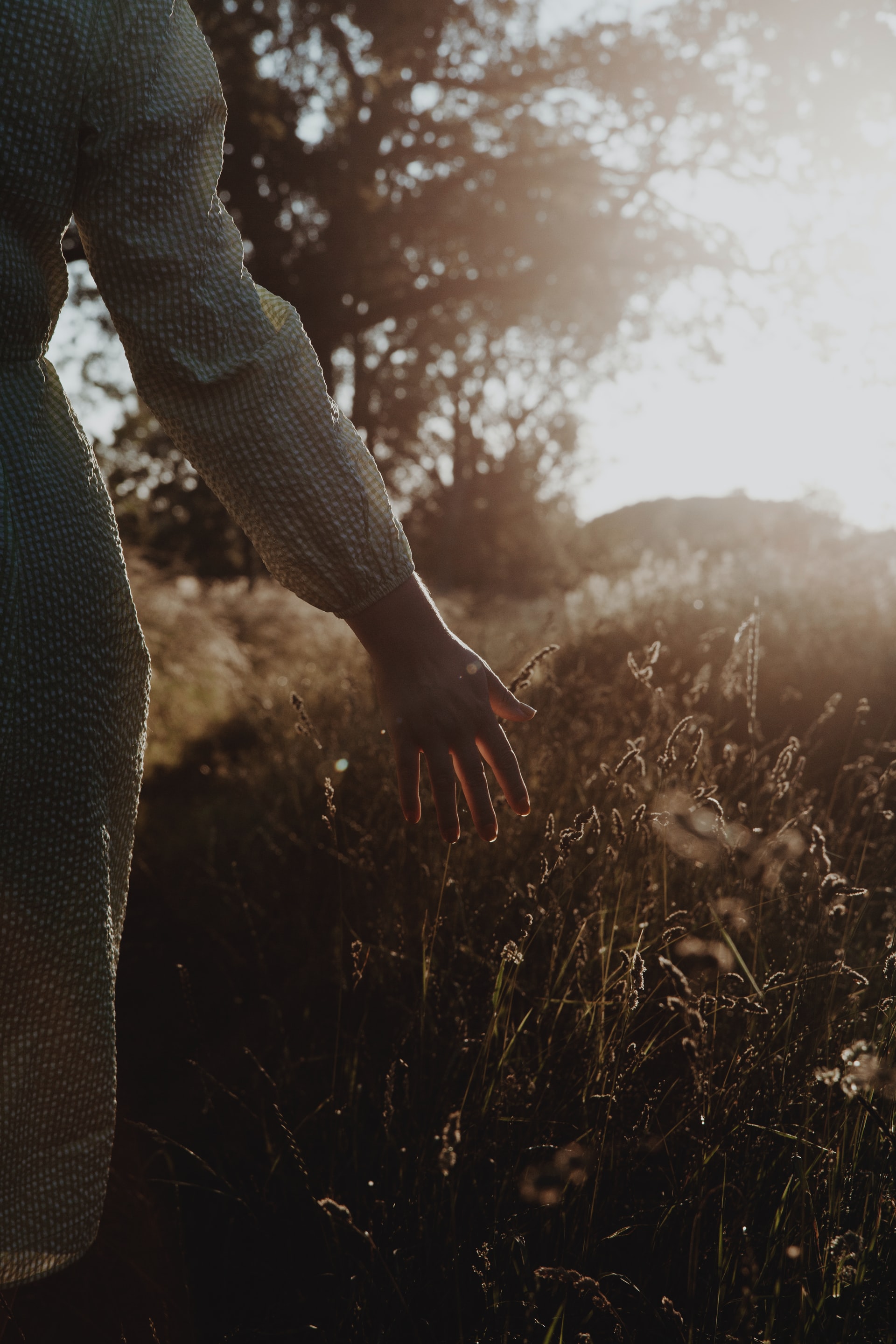 Luckily, we don’t have to rely on a mere hypothesis to prove that humans experience mental and physical wellbeing from nature immersion. There is plenty of research that discusses the various ways in which spending time in and simply viewing nature is beneficial for human health. And this research has been used to justify biophilic design projects, forest schools, and many other methods of fostering a human-nature connection in our modern world.

If you are looking for a detailed and science-backed explanation of how nature effects our minds and bodies, this article is for you!

Dr. Roger Ulrich is one of the most influential healthcare design researchers in the world, having conducted a variety of studies that have shed some light on the healing and stress-relieving benefits of nature views. In 1984, Ulrich’s study, “View through a Window May Influence Recovery from Surgery,” was published in the journal Science. The results from this study are still referenced today!

In this study, records on recovery of hospital patients recovering from gallbladder surgery between 1972 and 1981 were examined to determine whether rooms that offered views of nature through a window would have a different effect than rooms that had views of a brick wall.

In comparison to the patients that had the view of the brick wall, patients with the view of nature had shorter postoperative hospital stays, fewer negative evaluative comments from nurses, required less moderate and strong analgesic doses, and had slightly lower scores for minor postsurgical complications (Ulrich, 1984). These findings suggest that the natural views were therapeutic in nature, contributing to the patient’s increased recovery times. 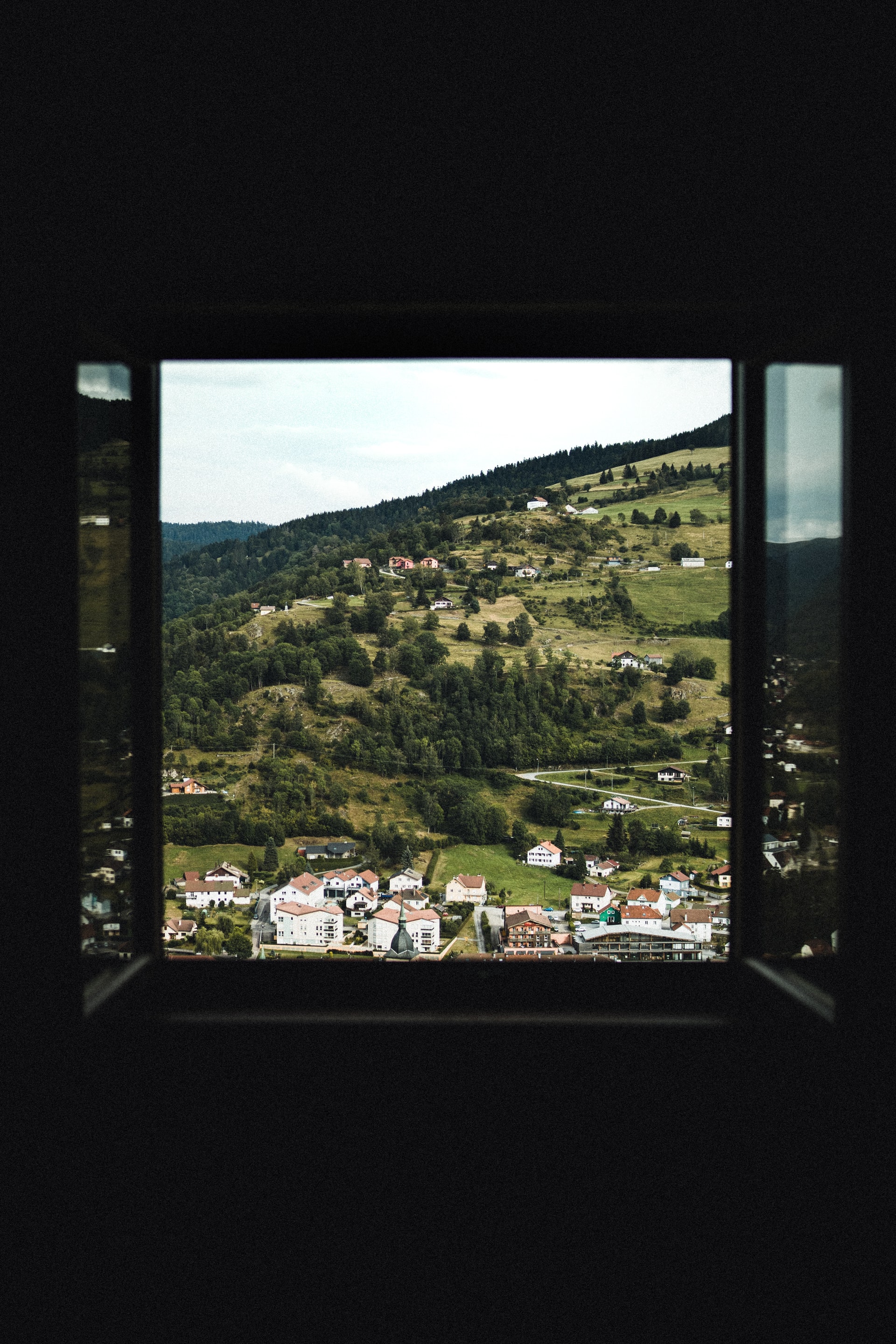 Another notable study from Ulrich is “Stress Recovery During Exposure to Natural and Urban Environments” which was published in 1991. This study asks to what extent do different outdoor environments positively or negatively influence an individual’s recovery response to stress?

120 subjects were first subjected to a stress-inducing video that depicted graphic injuries. Following this stressor, the subjects were then exposed to a video depicting one of six natural or urban outdoor environments.

During this period, participant physiological measurements such as heart period, muscle tension, and pulse transit time were recorded. In addition, participants were asked to rate their feelings (fear, positive effects, anger, attentiveness, and sadness) on a scale from 1-5. The results of this study show that recovery was faster and more complete when participants were exposed to natural environments. This indicates that nature has a restorative effect after stress.

It’s pretty amazing how something as simple as nature views can have such significant impacts on our stress levels and recovery!

Now, if views of nature have proven to be powerful enough to reduce stress and allow patients to recover faster from surgery, what kinds of amazing benefits come from being physically immersed in the outdoors?

There has been plenty of evidence that nature immersion has emotional and attentional benefits, as well as cardiovascular, endocrine, immune system benefits, and so much more!

For example, a study conducted by Bratman et al. (2015) investigated the impact of nature experience on affect and cognition by assigning participants a 50-minute walk in a natural or urban environment. A series of psychological assessments of affective and cognitive functions were conducted before and after the assigned walks. 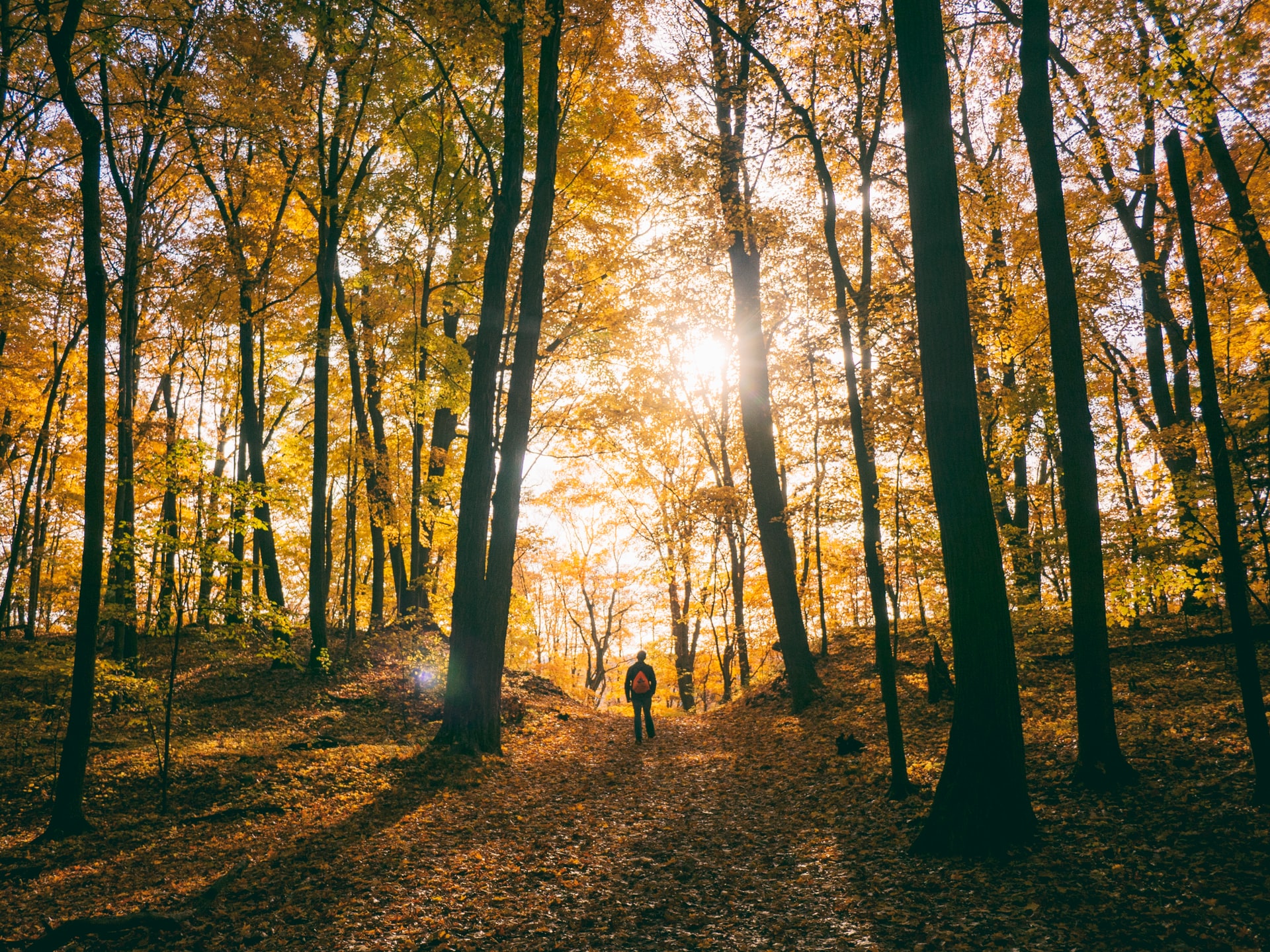 But what about when we spend more than 50 minutes in nature? For those who engage in outdoor activities regularly, what kinds of benefits have been documented? A study conducted by Cox et al. (2017) surveyed 1023 adults in Southern England to determine relationships between nature dose type and health outcomes. Nature dose type refers to the frequency and duration of time spent in green spaces.

Physiological health as a result of nature immersion

We can’t forget about the physiological benefits that come from time spent in nature. In particular, a number of studies have been conducted on the practice of forest bathing (Shinrin-yoku), detailing the physical health benefits that people experience as a result of partaking in this activity. 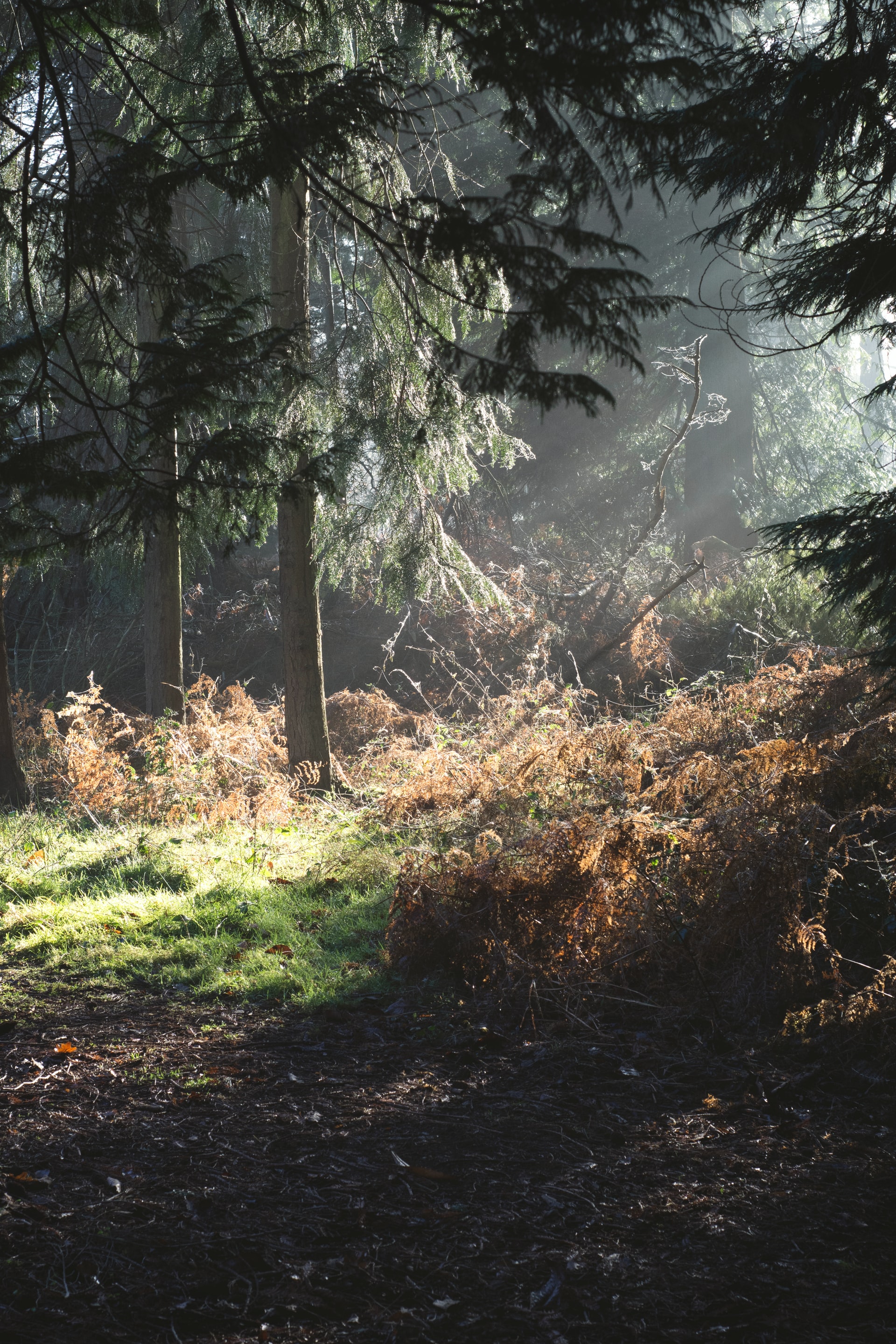 Forest bathing is a mental and physical wellbeing exercise that emerged in Japan in the 1980s. The Japanese name, shinrin-yoku, can be directly translated into the English words “forest” and “bath.” This exercise, as its name suggests, involves immersing yourself in nature and connecting to your surroundings through sight, sound, touch, smell, and taste.

In a study conducted by Park et al. (2010), subjects were directed to walk in forested or urban areas for a given amount of time, and were then subjected to physiological tests.

Another study focused on the practice of forest bathing showed that this practice may be linked to improved immune functioning as well. This study measured the Natural Killer (NK) cell levels in subjects before and after completing a three-day trip to a forested area.

Natural Killer cells have been reported to kill tumours or virus-infected cells, therefore proving very important to our immune systems! Results of the study showed that NK levels were significantly higher during the days participants were forest bathing, opposed to the control levels before the study began. 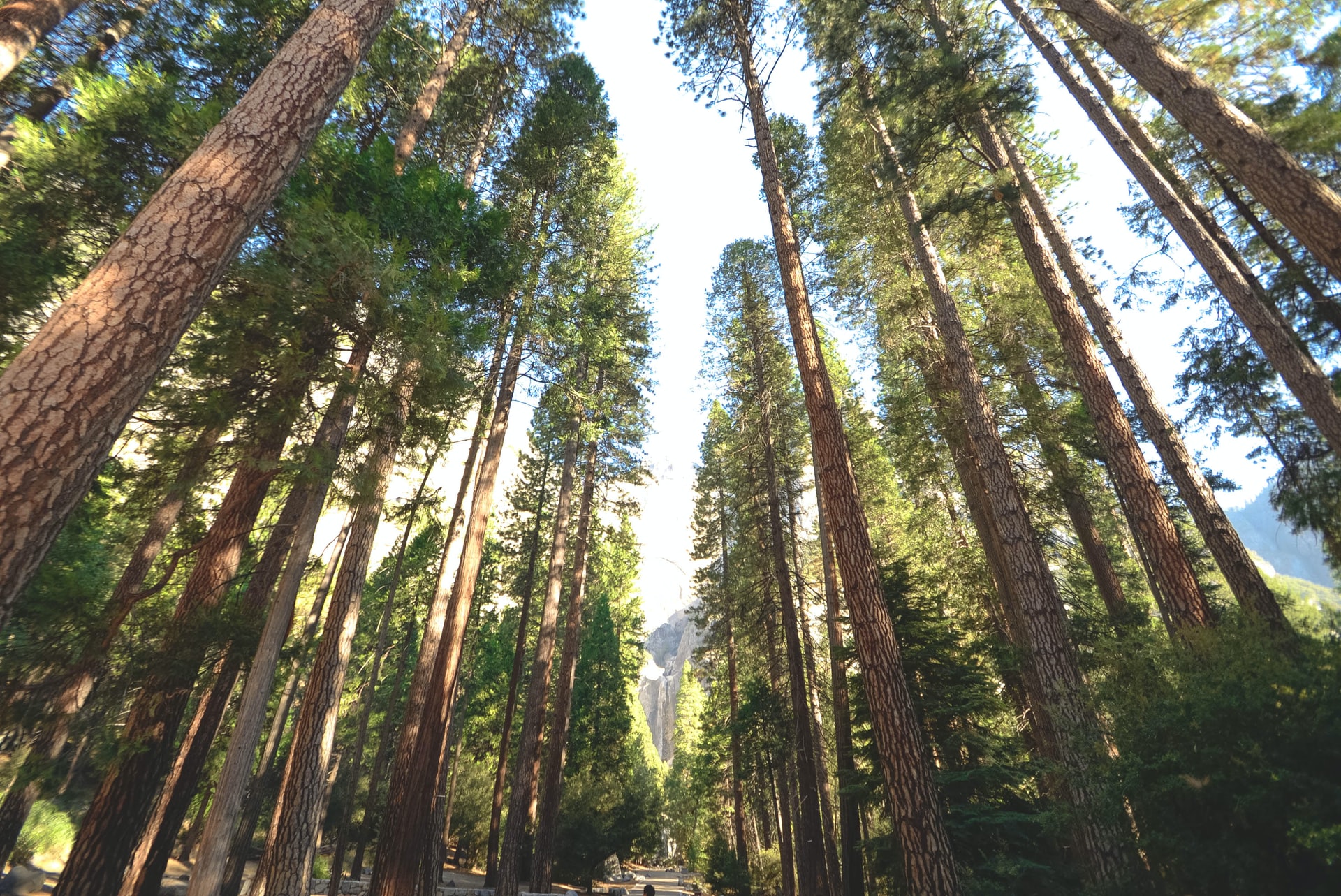 It is believed that this increased immune response is caused by human inhalation of essential oils, called phytoncides, which are emitted by trees in order to protect themselves from germs.

These benefits are significant enough that forest bathing has become a large part of Japan’s national public health program. The Japanese government has designated 48 forest therapy trails for people to make use of. People who go to their doctors with complaints of illnesses often receive prescriptions to go walk these trails as part of their treatments. How cool is that?!

The positive wellbeing impacts of nature immersion and exposure on children has been extensively studied as well. Nature really is beneficial for people of all ages!

There is strong evidence to suggest that direct interactions with nature provides children with positive learning outcomes in a variety of school subjects. In 1998, a study conducted by various American state departments of education sought to identify the effectiveness of using the Environment as an Integrating Context (EIC) for learning (Lieberman & Hoody, 1998).

In other words, the outdoors was used as a classroom for children! Results from this study show that students in EIC programs had higher scores on standardized tests, earned higher GPAs, and had better behaviour than students in traditional classrooms. These increased educational outcomes may be explained by the tendency for children to be more engaged and enthusiastic about learning in nature settings. 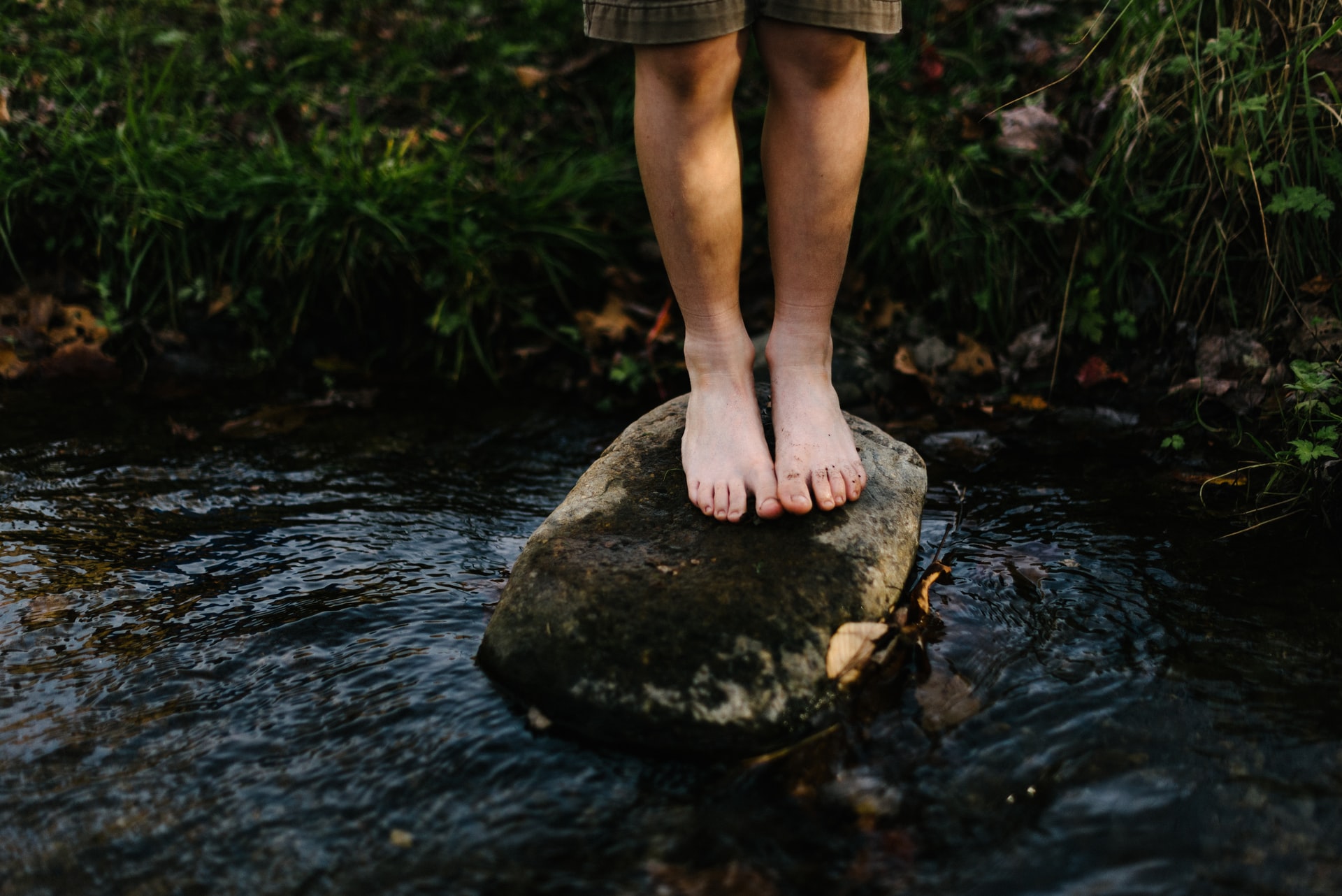 Nature views positively impact children as well! A study conducted by Wells and Evans (2003) identified that the presence of nearby nature and nature views moderates the impact of stressors on children. It was found that children experiencing more nature had reduced symptoms of psychological distress and rated themselves as being high in self-worth.

Hopefully you have been convinced that nature really does have tangible effects on our bodies and minds. There is plenty of evidence out there to help make the case for spending more time in nature and reaping the benefits the outdoors has to offer. Whether you decide to situate yourself in front of a big window during the workday, go on a hiking excursion over the weekend, or take a short walk whenever your schedule allows, try and think of this time in nature as therapy!

I know that it is sometimes difficult to find the time to get out into nature, but think about it this way – its not just recreation (although recreation is very important as well)! Spending time in nature is prioritizing your mental and physical wellbeing. If that’s not a reason to get outdoors, I don’t know what is!