The Wisdom of Wolves - Book Review 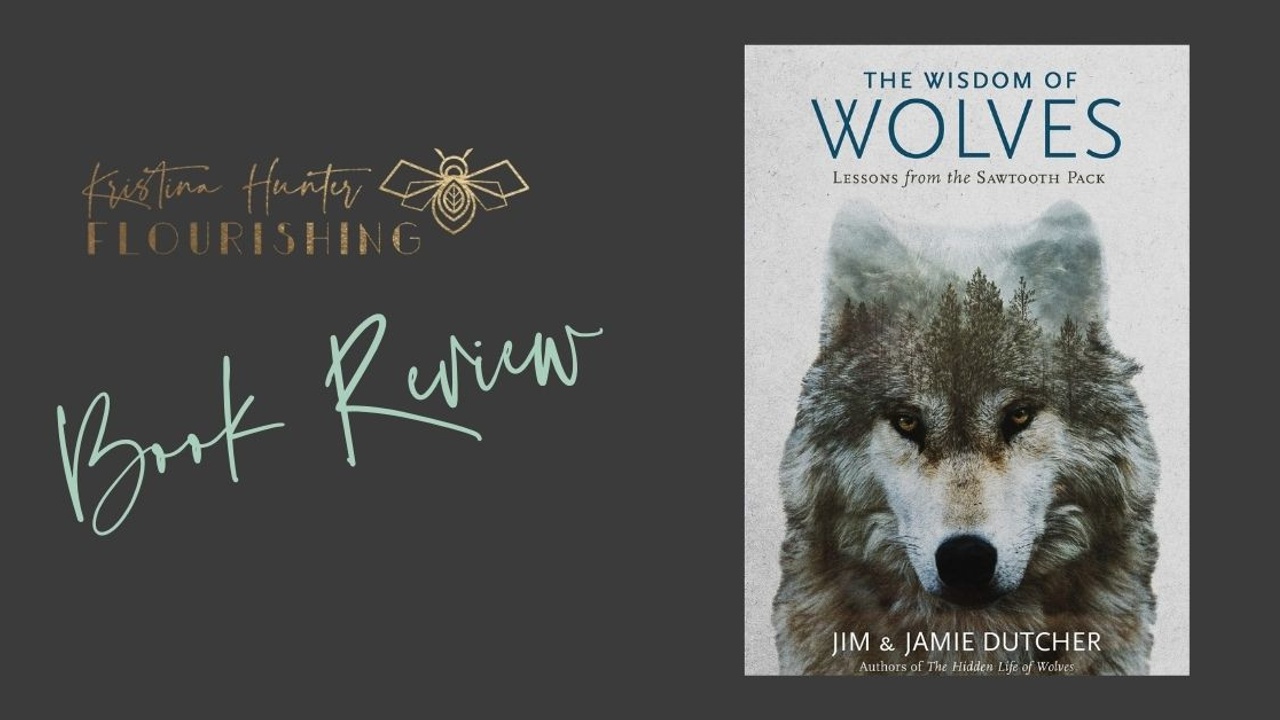 Jim and Jamie Dutcher take us into one of the most intimate living-alongside experiments with wolves ever undertaken. Through their constructed wolf pack of orphaned and captive wolves who are released into a large study area, we have the opportunity to see the interactions of wolves much more closely than in the wild. 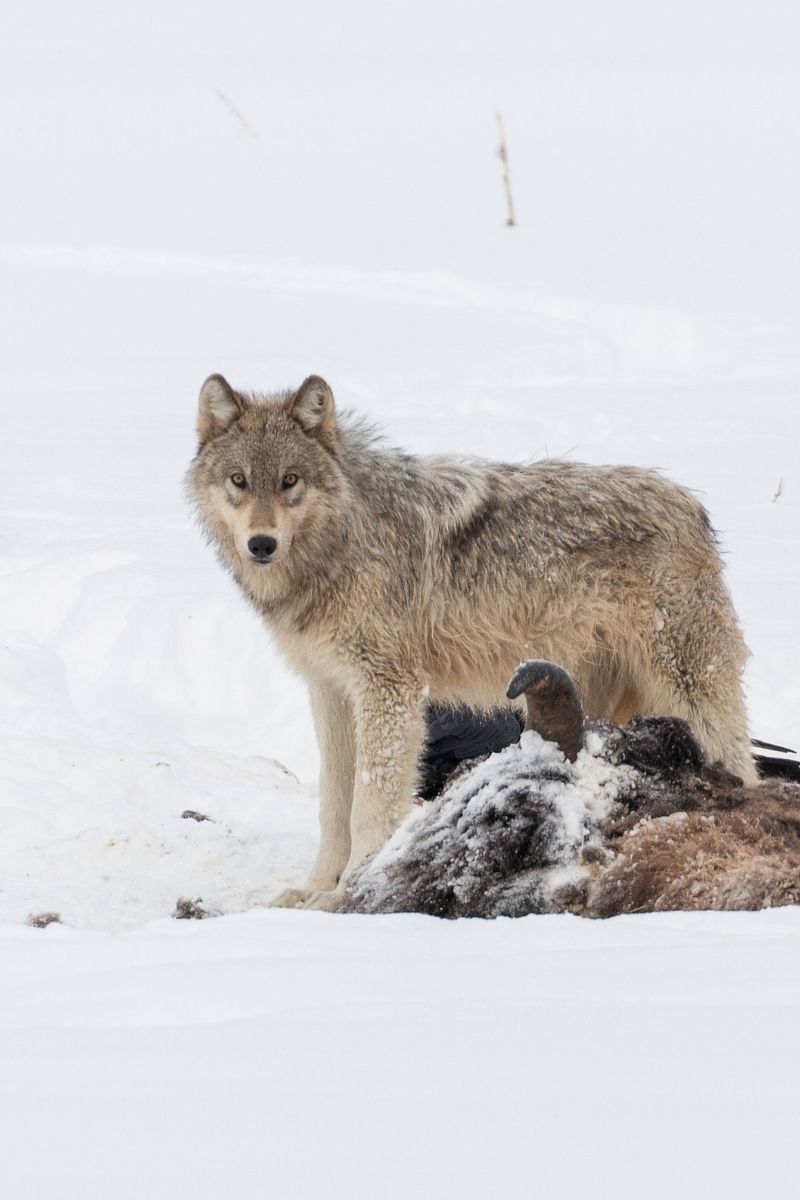 While I whole-heartedly believe that wild animals must remain in the wild, this scenario seemed like a humane and justifiable program to allow a more wild existence for previously captive animals and also allow for the long-term close observation.

The result is the most tender and intimate look at a group of animals, where we get daily accounts of their interactions, movement, and behaviour. The result is an understanding of these wild animals and how clearly they express emotions, forge relationships with one another and face the ups and downs of pack life, aging and social interactions.

From their work, the Dutchers have helped to identify the vocalizations and emotions expressed by wolves, including grief, joy, and even expectation. We get vivid images of their play, pack interactions, and social structure. 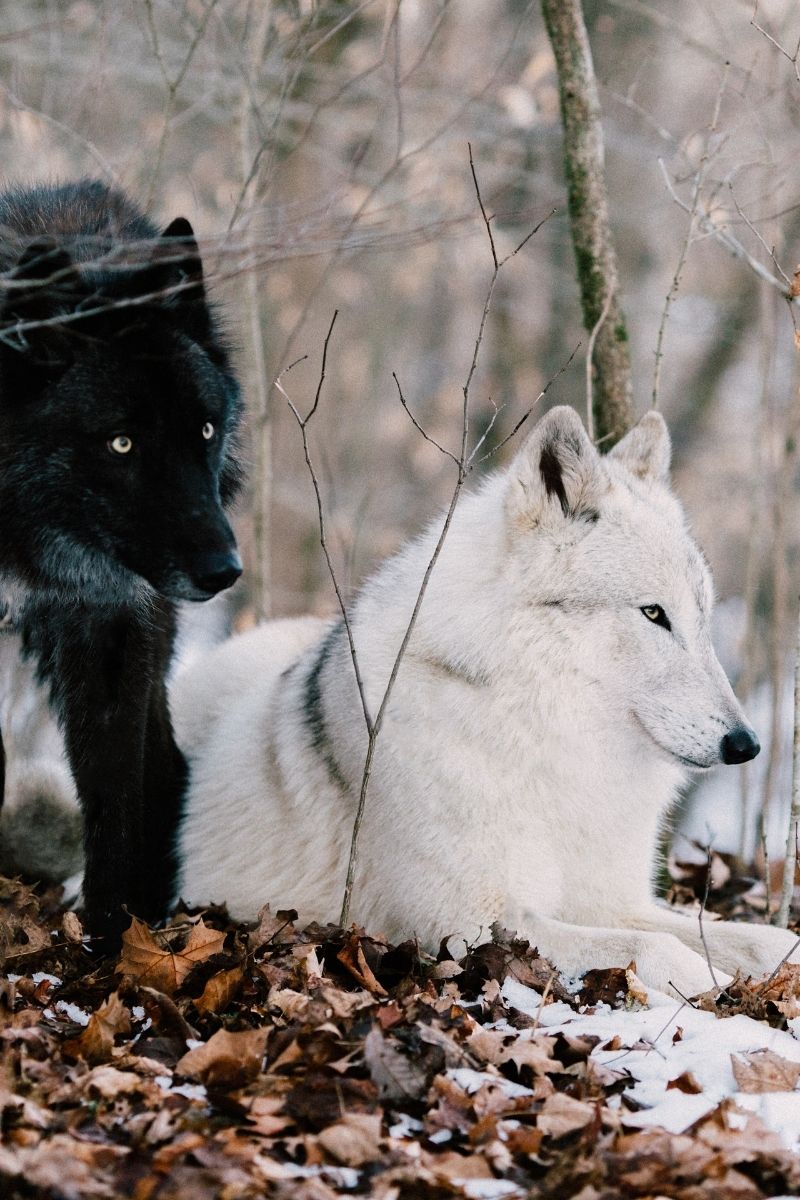 While we have all heard of the alpha males of wolf packs, did you realize that there are also alpha females? And have you heard of the omega males? The ones that are the lowest in the social order? These animals may be the most submissive, and perhaps the last to eat, they are never left without food, a good alpha leader will ensure that.

The alpha male tended to be one that exhibited leadership, he was able to facilitate others in the pack working together, and, it was not done by aggression. It was done in ways that we would call "humane", ironically enough. Where the understanding was that the survival of the pack hangs on the cohesion of the pack. 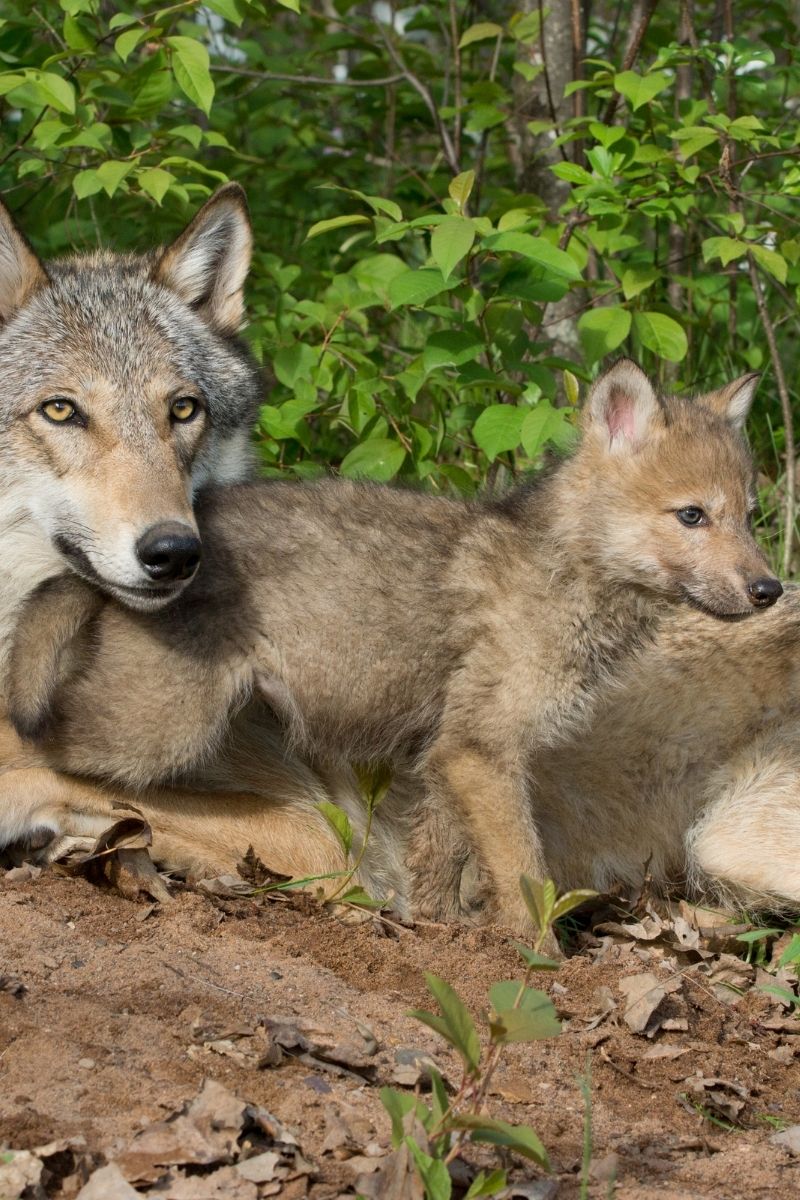 When a wolf was lame, limping along, it was helped by others in the pack. And a new alpha male did not kill the pups of another male, he simply adopts those pups as his own.

Wolves, despite the "lone wolf" moniker that is so popular, are deeply social animals. They seek out vital connections to their own kind, perhaps for hunting, but also for play, companionship and of course, help in raising young. But this does not just fall to the parents. Rearing young is also part of the role of other members in the pack, they will wait patiently during the birth, help tend to the needs of the mother and the new pups. 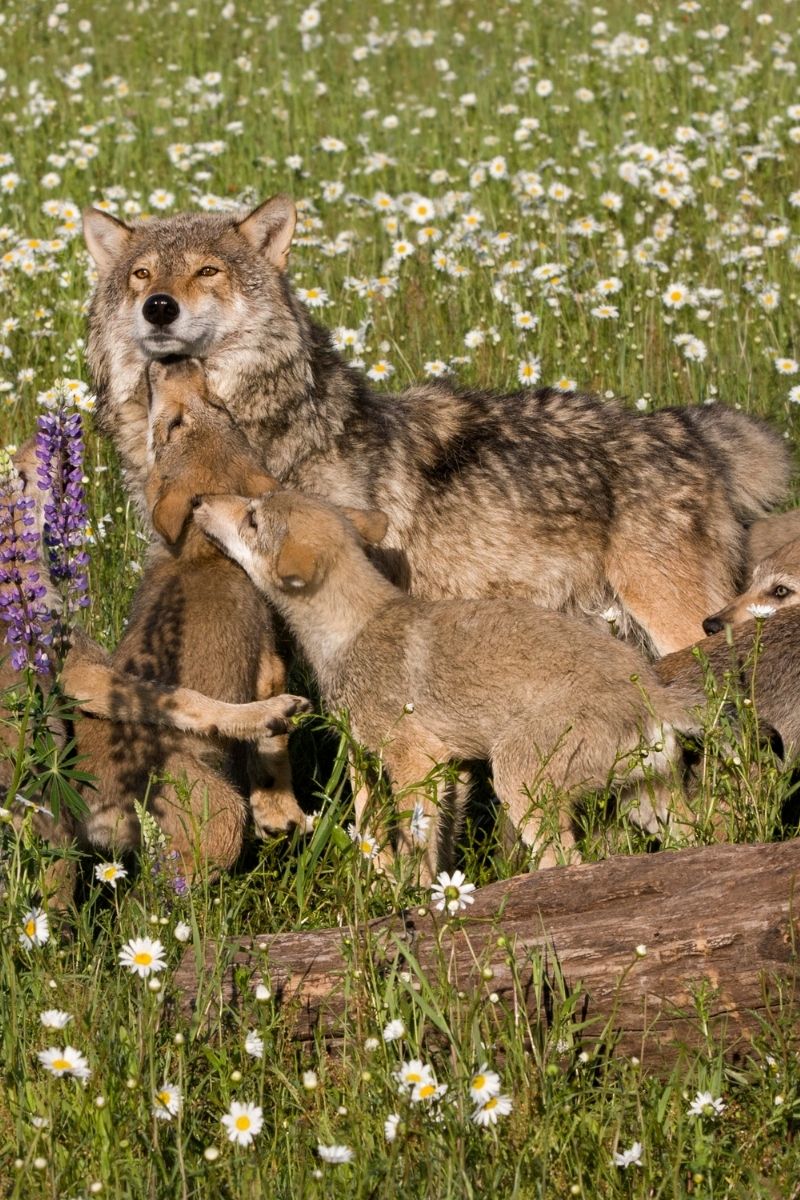 In one instance, a mid-ranked young male laboured to carry a bison skull to the young pups, it seems, simply for them to play with. This clearly pro-social behaviour had me drawing endless parallels to the dogs that I have had in my life, especially my dearest Maddy, who even looked a lot like a bear in her later years, but clearly expressed many of the emotions and behaviours described by the authors.

One of the most endearing tales is of the pond's first ice in the winter, when some of the young wolves had never before experienced frozen water. The descriptions of curiosity and play exhibited by the young wolves still make me smile. 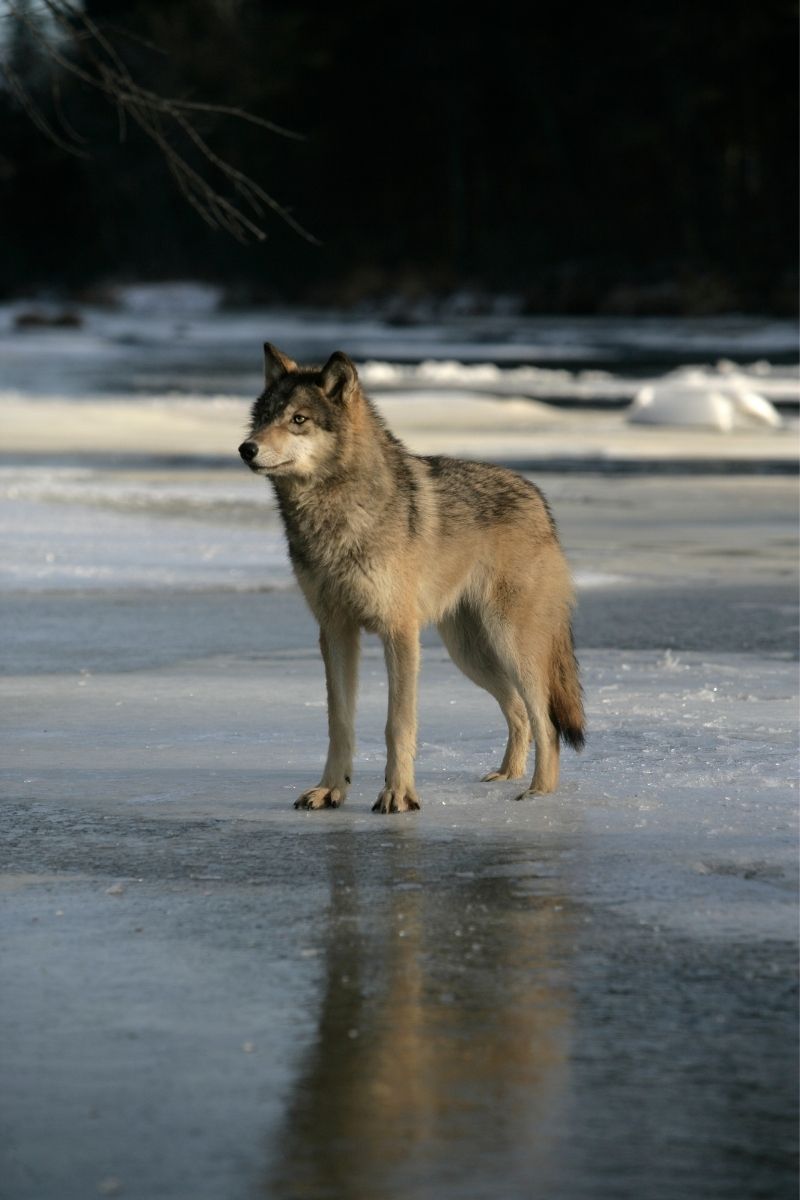 After this deep dive into the lives of the Sawtooth pack, we are drawn outwards again, to the bigger picture, one in which wolves are still inaccurately blamed for significant livestock losses, despite a lack of scientific evidence that this is the case. Where in many states in the U.S. and elsewhere in the world, wolves are still freely hunted, poisoned and culled.

The loss is deep and the loss is wide. When we kill these animals we disrupt the pack structure, we take away a life needlessly, and in the end, we disrupt the ecosystem that requires top predator species. 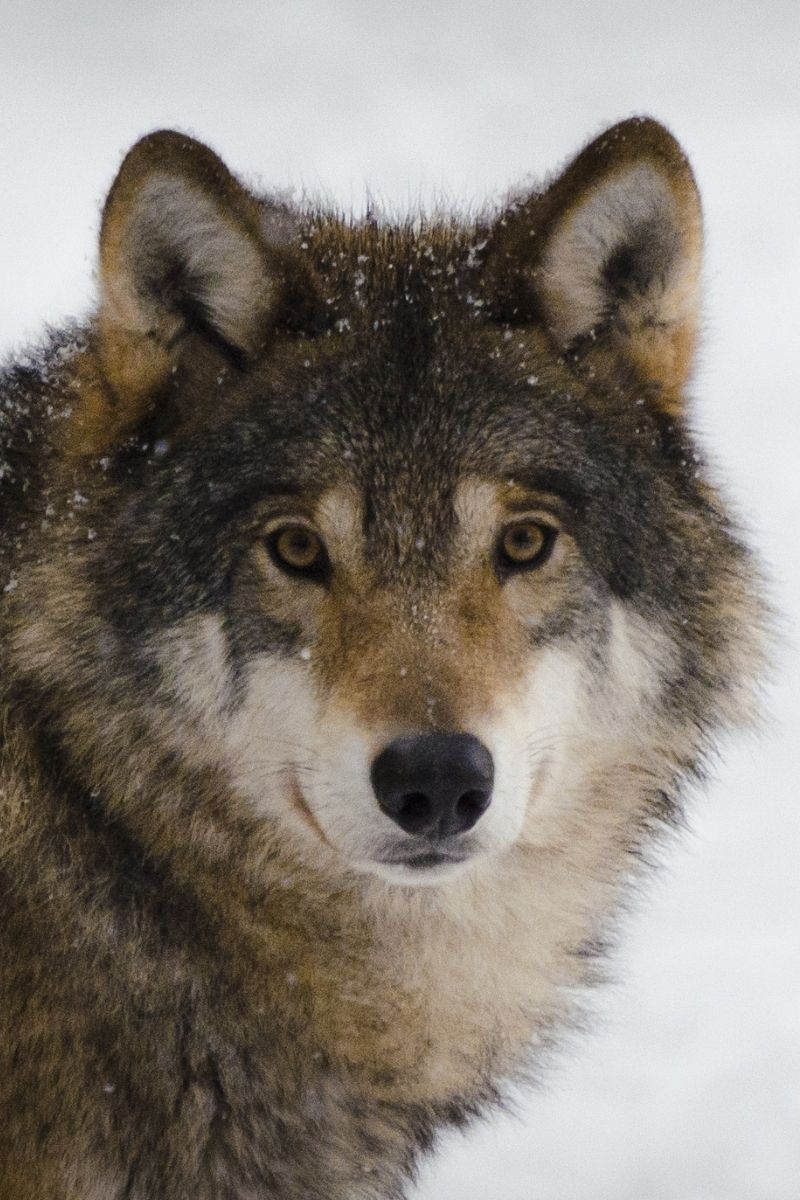 As a result of the Sawtooth pack project, the Dutchers formed "Living with Wolves", a non-profit organization, "dedicated to engaging the public worldwide in education, outreach and research to promote truth and understanding about wolves, while encouraging coexistence and inspiring people to take action to protect them."

The Wolf: A True Story of Survival and Obsession in the West