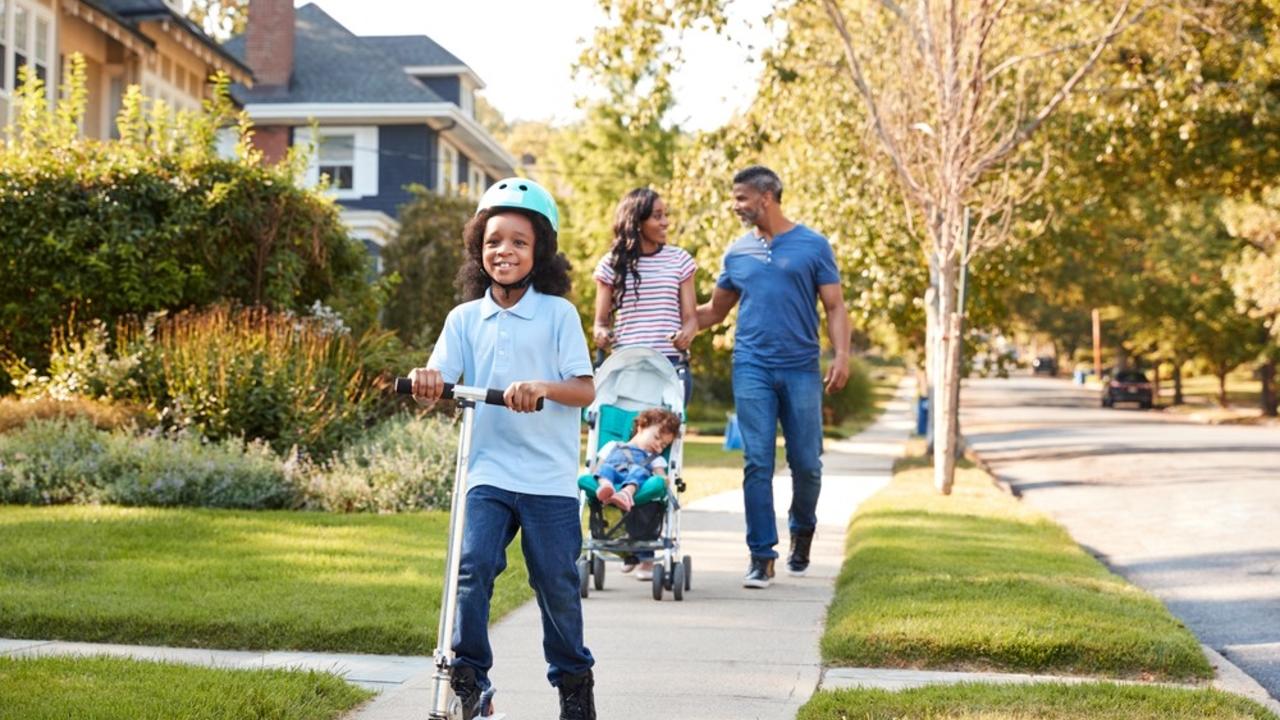 While sidewalks may seem like a mundane part of everyday life, they play an important role in our cities and suburbs and daily life. Whether you are walking to work, or to the bus, going to the mailbox, or going for a jog, a sidewalk provides you with a safe way to get where you need to go. Unfortunately, lack of sidewalks or poorly maintained sidewalks disproportionately impacts seniors, low-income and Black and Indigenous communities. The lack of a safe alternative to get around on foot has real consequences not just in our attempts to take action against climate change, but it is also a source of social inequity.

The history of sidewalks

Although sidewalks seem to be a staple part of the built environment, they haven’t been around forever! Before sidewalks were invented in the 19th century, pedestrians had to share the road with animals, carriages, wagons, and cars. As you can imagine, pedestrians were at risk of danger each time they stepped on to the road. While there is evidence that Greek and Roman cities had roadside paths for pedestrians, these sidewalks were not included in European cities after the fall of the Roman empire.

For quite a long time, pedestrians had to make do without a designated space. It wasn’t until the 19th century that sidewalks were reintroduced by Georges-Eugene Haussmann. Haussmann was responsible for the revival and reconstruction of Paris in the 1850s and 1860s. This reconstruction included replacing the small narrow streets with large boulevards that include sidewalks, trees, and benches. This transformation inspired many other urban planners around the globe, resulting in the widespread reintroduction of sidewalks.

Sidewalks are necessary in order to create a safe and enjoyable experience for pedestrians. Around 4,500 pedestrians are killed in traffic crashes in the United States on an annual basis. 8 percent of those deaths are pedestrians that are killed while walking along the roadway when sidewalks are not available. Not only do sidewalks increase the safety of pedestrians, but they increase mobility and encourage walking as a means of transportation.

Walking is a great way to get around, as long as your area has the necessary infrastructure. While urban areas are often designed with many sidewalks and are overall quite walkable, the sprawling suburbs were often designed for automobiles instead of people. This design was intentional, as post-World War II era Americans left cities in order to live in predominantly white and middle-class communities. The lack of sidewalks was used to discourage people who do not “belong” from entering. Now walkability is once more becoming a concern in light of the climate crisis and the need to reduce our fossil fuel consumption.

However, simply having sidewalks isn’t enough for an area to be considered walkable. In order to attract pedestrians, we must provide facilities that are comfortable. This means having sidewalks that are at least six feet wide, have gentle slopes, and are in good condition. In locations where there may be snow or ice, it is important that sidewalks have been cleared and salted in order to maintain walkability. Beyond the physical appearance of a sidewalk, other features such as trees which provide shade, benches for resting, and adequate lighting is important for pedestrians to be comfortable and safe.

Next time you’re out and about in your neighbourhood or different parts of the city, take note of the areas that are lacking sidewalks, as well as the placement, condition, and overall walkability of the sidewalks that you see.

How sidewalks were first invented

The surprising politics of sidewalks