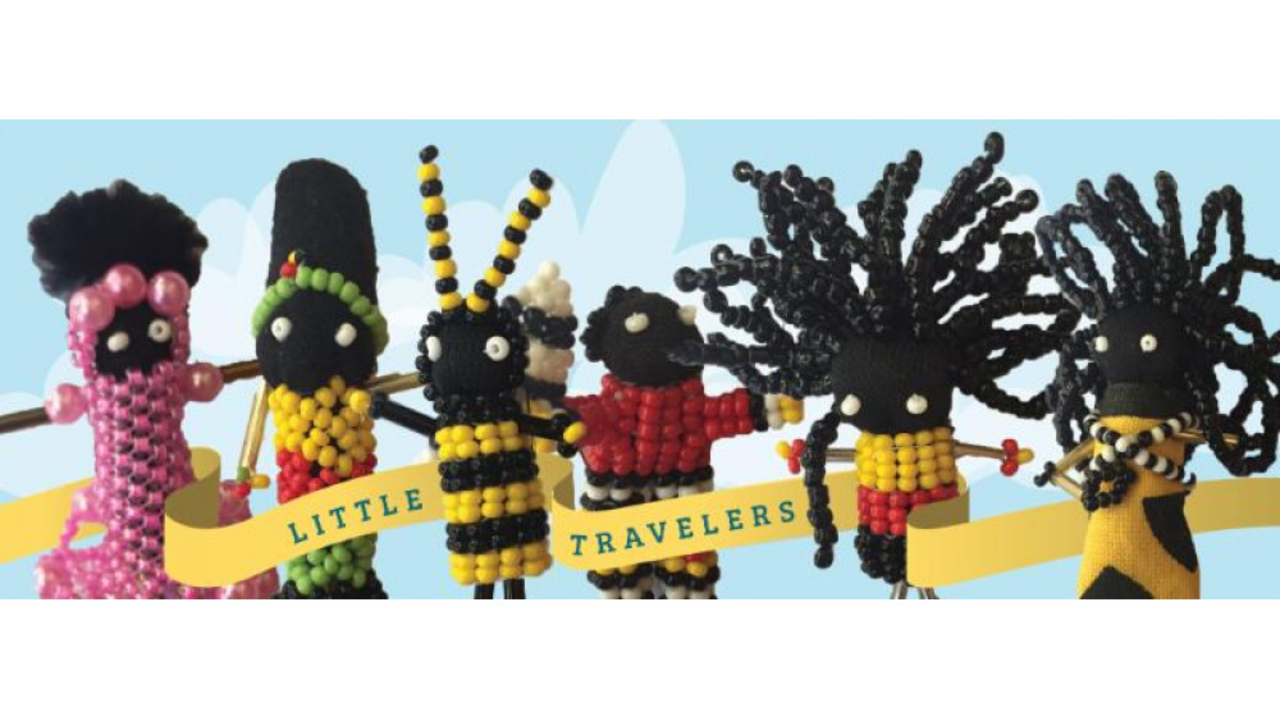 Photo credit: Until There's a Cure

Woza Moya provides training and support to local artists and crafters, 95% of which are women who happen to be the breadwinners of their families. Woza Moya markets the goods that are made by the crafters on an online platform as well as in traditional brick and mortar stores. Each Little Traveller doll that is sold directly benefits the crafters, providing them with money to put food on their tables, purchase essential items, and gain access to running water and electricity. Each doll sold is a symbol of hope, as it makes a significant impact on the lives of the women who create them. There are  roughly 300 crafters employed and over half of whom are either affected by or infected by HIV/AIDS.

The Little Travellers are small beaded dolls that are created with love. The dolls are usually around 4-5 centimetres in size, meaning they are small enough to be pinned to a jacket, bag, or hat, or be made into a keychain. Each doll is as unique as the person who created it. The dolls all have different personalities and appearances, allowing them to appeal to almost everyone. Some of the Little Travellers carry items such as fruits or flowers, some are little mermaids with tails, while others are dressed as garden gnomes, warriors, and ballerinas. No two Travellers are the same.

The birth of Little Travellers

How did the Little Travellers come to be? Little Travellers first took off at the Essenwood market where customers were drawn to their unique charm. Soon enough, what had started as a local interest expanded into interest from all over the world. The Little Traveller dolls have made their way around the globe, being sold to customers in a variety of locations and accompanying their owners on their travels. Different branches now exist in Canada, New York, Texas, Australia, New Zealand, Korea, Japan, Sweden, Holland, and Germany.

As the Little Travellers gained popularity around the world, there has been no shortage of inspirational and heartwarming stories that describe how beloved these dolls are. In one instance, a young couple was so touched by the story behind Little Travellers that they generously supplied Woza Moya with the 150 disposable cameras they were otherwise unable to afford. These cameras helped them reach their goal of sharing images and stories of the doll’s creators when spending money was not an option.

Additionally, these well-loved dolls have inspired a movie, fashion range, and have even been attributed to people meeting and falling in love! But most importantly is the positive impact of improved quality of life that these dolls have brought their creators. Consider buying a unique Little Traveller and make an important contribution to someone else’s life.