Greta and the Paradigm Shift 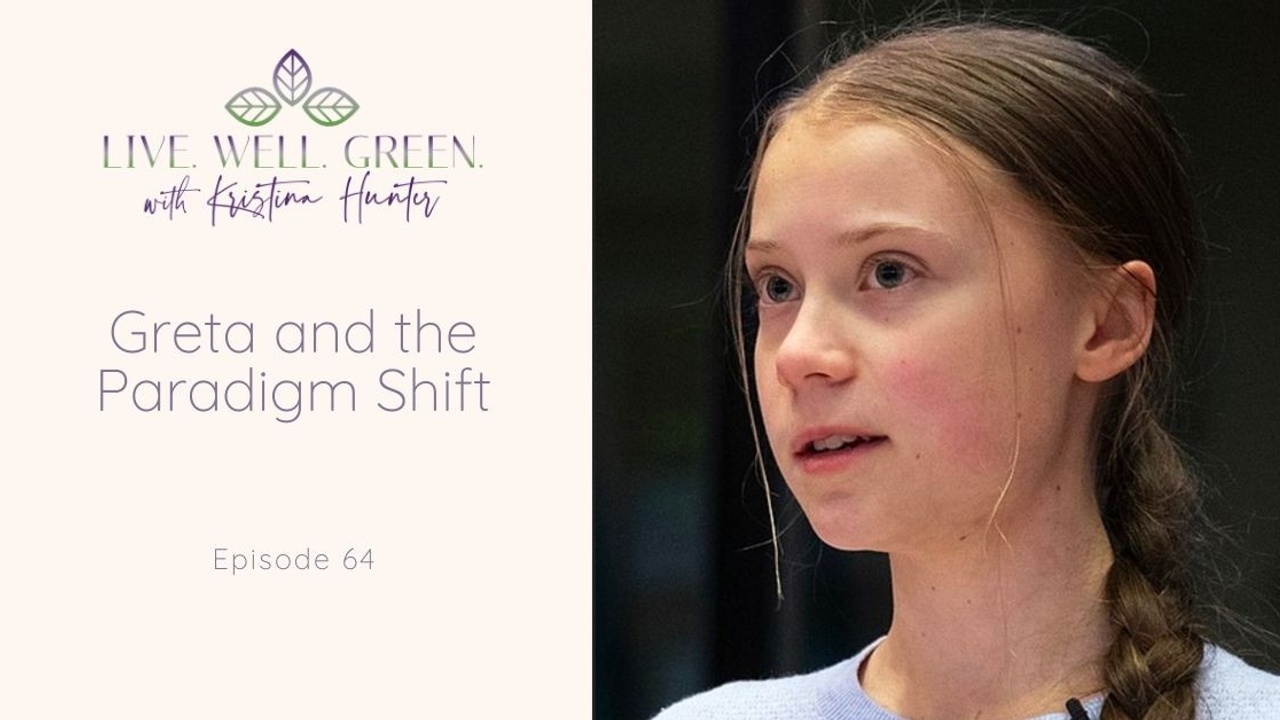 Photo Credit: CC-BY-4.0: © European Union 2020 – Source: EP
By European Parliament - This file has been extracted from another file: Greta Thunberg urges MEPs to show climate leadership (49618310531).jpg, CC BY 2.0
I believe we are in a time of a paradigm shift, and it essential that we do shift our old ways, perspectives, and thought patterns to new ones. We need to move away from old thoughts like we need to choose between jobs and the environment - guess what, there are ways to build an economy on green jobs!
We need to get rid of outdated belief systems that said that we can put off acknowledging Indigenous rights, to leave that for another time, another administration, or to when it is more convenient.
We need to shed the belief that youth just don't care or have real contributions to creating solutions  - for their future, for our future. And similarly, we need to get rid of the paradigm that says, "what I do isn’t part of the problem" when it comes to big issues like climate change, or systemic racism and social marginalization.
We all make up these large issues, and that is great - because we can change them too!
This old framework or paradigm is shifting, and it was kicked into high gear with young Greta Thunberg. 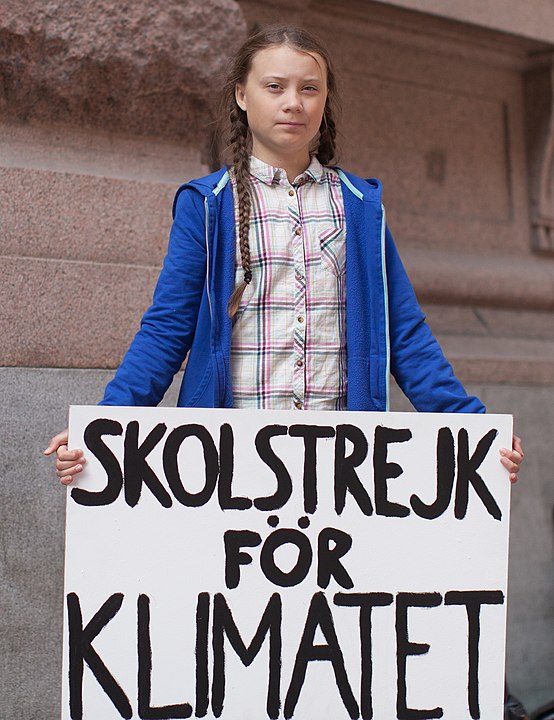 In August of 2018, the then 15 yr old Swedish girl decided to not attend classes for the first three weeks of the fall, leading up to her country’s general election. Sweden had just experienced the hottest summer on record in 262 years, with unprecedented heatwaves and wildfires.

And Greta just wanted her government to uphold its obligations under the Paris agreement that it signed on to in 2016. The Paris Agreement has been signed on to by 194 states and the European Union. They collectively represent 97% of global greenhouse gas emissions, including the global top two emitters, China and the U.S.

Under the Paris Agreement, parties commit to keep the global rise in temperature to below 2degrees Celcius, with the effort to limit the increase to just 1.5 degrees Celcius above Pre-Industrial levels. These are key levels of warming, above which it is thought that the impacts will be much more devastating to humanity and global ecosystems. Above these temperature rises catastrophic changes are expected.

So, when young Greta sat and protested, it was just asking her government to uphold the agreement that they had already signed, asking voters to make Climate impacts an issue in the election, and for politicians and citizens to take action. Here is an excerpt of what she said at the Climate March in Stockholm, Sweden on 8 Sept 2018, when she was just 15 years old:
"[...] In Sweden, we live our lives as if we had the resources of 4.2 planets. Our Carbon footprint is one of the ten worst in the world. This means that Sweden steals 3.2 years of natural resources from future generations every year. Those of us who are part of these future generations would like Sweden to stop doing that.
Right now.
This is not a political text. Our school strike has nothing to do with party politics. Because the climate and the biosphere don't care about our party politics and our empty words for a single second.
They only care about what we actually do.
This is a cry for help.
To all the newspapers who still don't write about and report on climate change, even though they said that the climate was 'the critical question of our time' when the Swedish forests were burning this summer.
To all of you who have never treated this crisis as a crisis.
To all the influencers who stand up for everything except the climate and the environment.
To all the political parties that pretend to take the climate question seriously.
To all the politicians that ridicule us on social media, and have named and shamed me[...].
To all of you who choose to look the other way every day because you seem more frightened of the changes that can prevent catastrophic climate change than the catastrophic climate change itself.
Your silence is almost worst of all.
The future of the coming generations rests on your shoulders. [...]
A lot of people say that Sweden is a small country, that it doesn't matter what we do. But I think that if a few girls can get headlines all over the world just by not going to school for a few weeks, imagine what we could do together if we wanted to.
Every single person counts.
Just like every single emission counts.
Every single kilo.
Everything counts.
So please, treat the climate crisis like the acute crisis it is and give us a future.
Our lives are in your hands."
Greta Thunberg, excerpt from No One is Too Small to Make a Difference 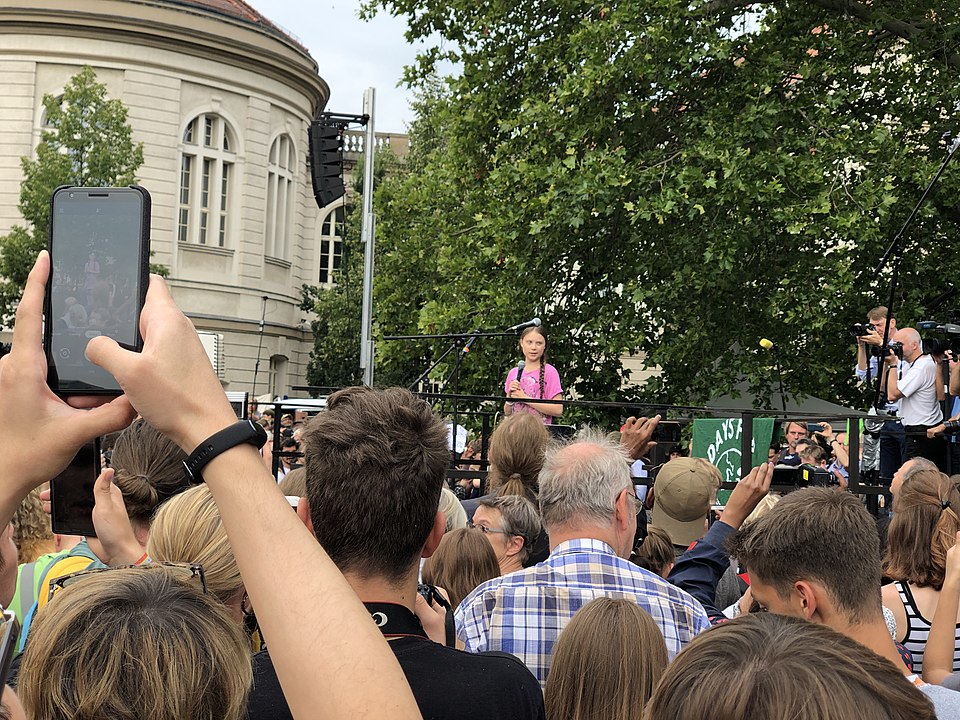 Greta speaking at an outdoor rally in Berlin, 2019.
Photo Credit: By C.Suthorn / cc-by-sa-4.0 / commons.wikimedia.org (Note the three necessary links to author, licence and image file in the attribution.), CC BY-SA 4.0,

Since that speech, Greta has made many speeches, attended many rallies, and even spoken to legislative assemblies and parliaments all around the globe. She has also led by example, going to great lengths to minimize her personal carbon emissions.

And, sadly she was even mocked by then-sitting President Trump of the United States. However, her impact persists, and we are beginning to see the paradigms shift, the old giving way to the new. 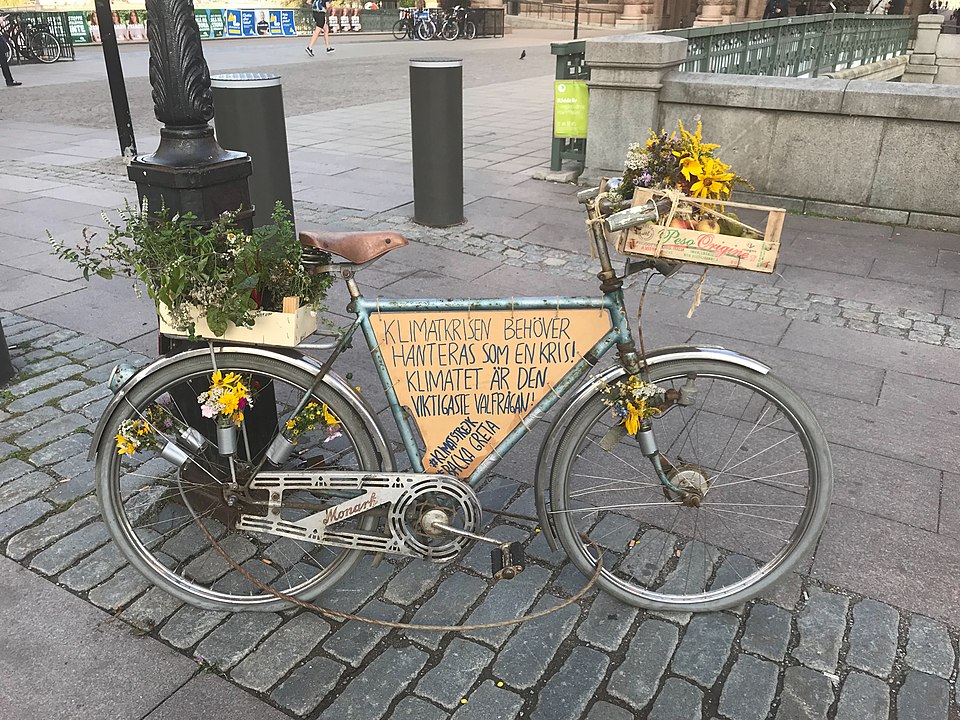 Photo Credit: By Salgo60 - Own work, CC BY-SA 4.0
A paradigm is defined on Vocabulary.com as "a standard, perspective, or set of ideas. A paradigm is a way of looking at something.” It is a way of seeing the world, with its unwritten rules. A shift occurs when one paradigm loses its influence and people start to see the world in a new way, allowing a new paradigm to take over. We are in the midst of such a shift.
We are shifting

But quite simply, we NEED this shift to occur in order for us to advance as a society. All major advances have first required a break with old traditions and paradigms. As the late Steven Covey wrote, "The term paradigm shift was introduced by Thomas Kuhn in his highly influential landmark book, The Structure of Scientific Revolutions. Kuhn shows how almost every significant breakthrough in the field of scientific endeavor is first a break with tradition, with old ways of thinking, with old paradigms.”

We need to shift our thinking about what is POSSIBLE.

But how do we shift our paradigms?

We need to believe it is possible, perhaps by seeing someone else do things differently, and then try it ourselves. It shifts in great big leaps and also in small, incremental steps, but either way, the paradigm does shift, and change begins.

How do WE personally change paradigms?

Here is the simple way to be a part of this paradigm shift. It can be done, and you need to be a part of it. It means taking action, spreading the word, and then helping others to take action. Not in a shaming and blaming kind of way, but with an open dialogue about our common interests and goals.

1. Take 1 new action in the next 24 hours to reduce your carbon emissions / protect the environment / build a more just society.

2. Spread the word about what you are doing and why.

- pledge to friends or challenge others in your circle, or send it out on social media (Tag me! @khflourishing).

- You can do this by leading by example, asking companies and governments to take action, or by engaging in open respectful dialogue with friends and family on the issues.

It can be done. We owe it to Greta and to all of the future generations.

As written by Stephen Covey, “The more aware we are of our basic paradigms, maps, or assumptions, and the extent to which we have been influenced by our experience, the more we can take responsibility for those paradigms, examine them, test them against reality, listen to others and be open to their perceptions, thereby getting a larger picture and a far more objective view.”

Now, I would LOVE to hear about the actions that you are taking and help to spread the word about it! Tag me @khflourishing on Instagram.
Resources
Greta Thunberg, No one is too small to make a difference, 2020
The Paris Agreement
"The Paris Agreement is a legally binding international treaty on climate change. It was adopted by 196 Parties at COP 21 in Paris, on 12 December 2015 and entered into force on 4 November 2016. Its goal is to limit global warming to well below 2, preferably to 1.5 degrees Celsius, compared to pre-industrial levels. To achieve this long-term temperature goal, countries aim to reach global peaking of greenhouse gas emissions as soon as possible to achieve a climate neutral world by mid-century."
2021 United Nations Framework Convention on Climate Change
Rate and Review this Podcast
If you like what you are hearing, please, leave me a review. I would love to get your feedback! You can do that right here.