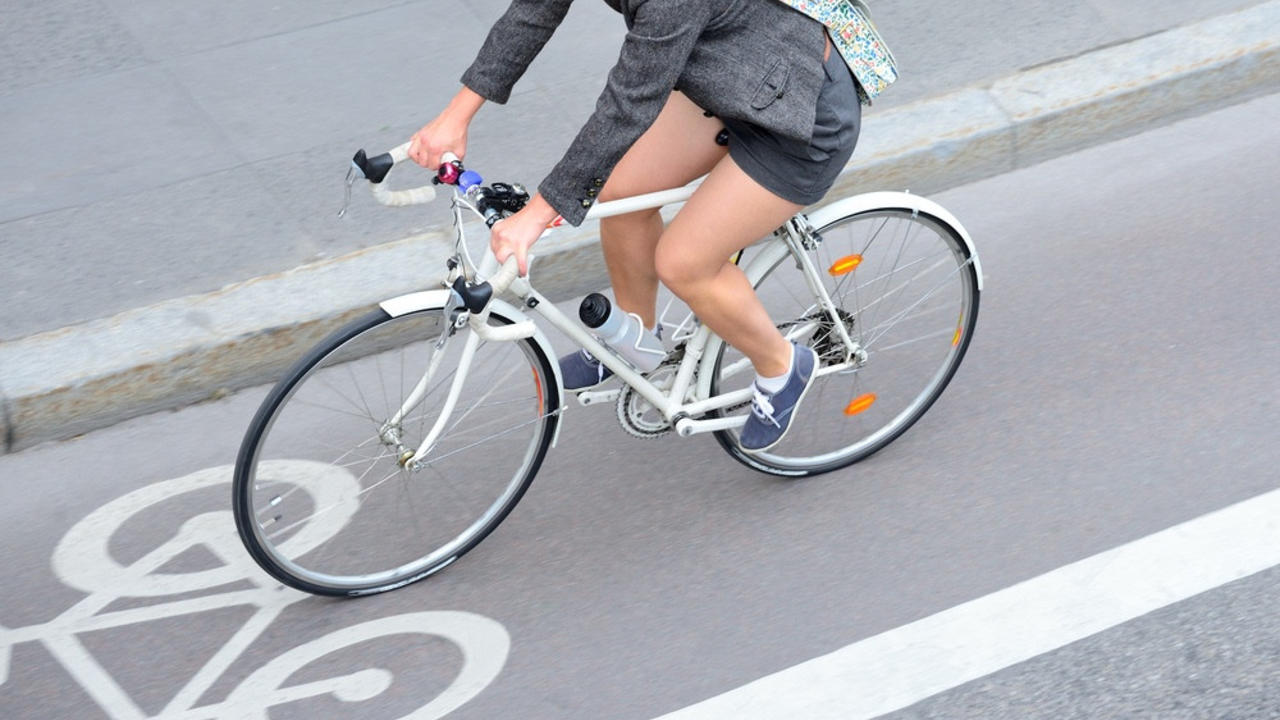 One of the largest barriers to cycling as a means of transportation is safety. According to the British Medical Journal, non-cyclists most often cite fear of motor traffic as a reason for choosing not to ride a bicycle. It is true that cycling on the roadway can be daunting, as many cities and roads are designed for motorized vehicles, leaving little room and consideration for cyclists. In fact, around 7,500 cyclists are seriously injured every year in Canada. Even with the proper protective gear, sharing a road with motorized vehicles can be risky. The size difference between motorized vehicles and bikes can mean that cyclists are less visible and can often find themselves in the blind spot of a motorist. This visibility issue is heightened by the fact that there are much fewer bicycles on the road compared to motorized vehicles. When you add in the speed differences between automobiles and bicycles, you can see that without proper cycling infrastructure, bike-car accidents can be very serious.

Dedicated cycling lanes help to create safer conditions for everyone on the road, whether you are a cyclist or a motorist. There are different types of cycling lanes and infrastructure that make biking on the road a lot easier and safer. Although it is not a bike lane, a "sharrow" is a fairly common road marking that depicts an image of a bicycle and two arrows. A "sharrow" is a combination of the words “share” and “arrow” and is meant to remind people that the road is to be shared. These are used when there are no cycling lanes available and motorized vehicles must share the road with bicycles.

A dedicated bike lane is a part of the road that is sectioned off specifically for bicycles. Bike lanes mean that motorized vehicles and bicycles are no longer sharing the same space, as the road is wider than usual and allows designated spaces for both cars and bicycles. Conventional bike lanes are often separated from the road by a striped white line and are located on the righthand side. Buffered bike lanes are similar to conventional bike lanes except they include a buffer space that separates the bike lane from the motor vehicle travel lane. Buffer space often looks like two horizontal white lines with diagonal cross hatching or chevron lines in between.

Protected bike lanes go one step further by implementing physical barriers between the bike lane and the motor vehicle travel lane. These barriers may look like metal, plastic, or concrete posts, planters, or parking lanes that separate cyclists from motorists. Not only are cyclists safer, but drivers can also feel safer knowing that cyclists have their own protected lane.

Many benefits of dedicated cycling lanes

Dedicated cycling lanes are well worth the investment as they reduce accidents between vehicles and cyclists and also between cyclists and pedestrians. In cities that implement dedicated cycling lanes they have also reported increases in business on these streets due to the increased cycling traffic. And increasing cycling opportunities means that we reduce the number of vehicles on the road and reap the many benefits of that including: lower traffic volumes and commute times, fewer accidents and delays, reduced Carbon emissions and improved air quality!

Get familiar with the bicycle lanes in your city or town and determine which types of lanes exist where, and plan your cycling commute accordingly. Does your community lack good cycling infrastructure? Get active by voicing your concerns to your local city or town council.